On March 15, 2018, the Fifth Circuit Court of Appeals invalidated the Department of Labor’s (“DOL”) Fiduciary Rule in a 2-1 decision. If the DOL does not request a rehearing within 45 days, the regulation will die. If that happens, the rules for 401(k) investment advice that existed before the Fiduciary Rule will return. That means some financial advisors – basically, brokers and insurance agents - will once again be able to give conflicted investment advice by recommending high-priced 401(k) investments that pay them rich commissions over less expensive - but comparable - alternatives on May 7, 2018.

One of the most common questions I get from 401(k) plan sponsors is “What 401(k) fees can I pay from plan assets?” This confusion is hardly surprising when you consider the broad range of 401(k) fees a plan can incur. 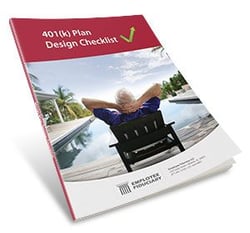 The DOL Fiduciary Rule – What Employers Need to Know

On June 9, the Department of Labor's (DOL) Fiduciary Rule took effect and upgraded every stock broker and insurance agent with a 401(k) client to a plan fiduciary under ERISA. However, there is a catch – while these financial advisors were made ERISA fiduciaries on June 9, the DOL won’t “pursue claims against fiduciaries who are working diligently and in good faith to comply with the fiduciary duty rule and exemptions” until January 1, 2018. This transition period gives newly-minted fiduciaries time to fully comply with the rule – which many advisors did not expect to be implemented.

DOL Fiduciary Rule: Good for Business But Opposed by the U.S. Chamber of Commerce

In February, President Trump ordered the Department of Labor (DOL) to review the Fiduciary Duty Rule as a likely pretense for killing it. To complete the review, the DOL delayed the rule’s implementation by 60 days and asked the public for fresh comments.

This week, the DOL delayed the effective date of its Fiduciary Rule – which would define all retirement plan financial advisors as ERISA fiduciaries, effectively banning conflicted 401(k) investment advice that puts advisor profit ahead of client interests – by 60 days from April 10, 2017 to June 9, 2017.  The delay was triggered by a memorandum from President Trump that directed the agency to complete a new analysis of the rule’s likely economic impact. As a critic of the Fiduciary Rule, it’s a good bet that President Trump ordered the DOL analysis to build a case for overturning it. If that happens, it would be a huge (yuge?) victory win for brokers and insurance agents – who are currently non-fiduciaries. According to a study from the White House Council of Economic Advisers (CEA), these advisors rake in more than $17 billion in excess fees annually due to conflicted advice. If you are a supporter of the Fiduciary Rule like me, it can be easy to be upset by the Trump administration delay. However, I’m not worried about it. Even if this ban on conflicted retirement plan advice is squashed, I am confident the die is cast. Following several high-profile excessive fee lawsuits, more 401(k) plan sponsors than ever are hiring fiduciary-grade financial advisors to lower their liability. The kicker? Their impartial advice is often cheaper than potentially-conflicted, non-fiduciary advice. And I have the numbers to prove it!

Will Trial Lawyers be the Sole Beneficiary of a Watered-Down Fiduciary Rule?

The law firm of Schlichter, Bogard & Denton has had a very good couple of weeks. After winning two high profile 401k fee lawsuits, courts have approved the payment of more than $31.9 million in legal fees. The defendants in these cases were Lockheed Martin Corp and Ameriprise Financial, fiduciaries of their respective 401k plans. The plaintiffs, represented by Schlichter, were 401k participants.  The 401k participants claimed their plan fiduciaries failed to protect them from excessive fees – a primary fiduciary responsibility. The courts agreed, awarding participants $90 million in damages. These settlement fees got me thinking about the DOL’s proposed fiduciary rule. Would the proposal, if implemented, give trial lawyers more fodder for excessive 401k fee lawsuits?  I think it would.