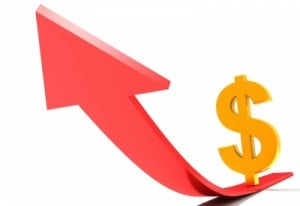 Vanguard’s blog recently featured a post titled, "The Adoption of a Great Idea." The post highlighted several technological advances that have improved our standard of living over time and posited the theory that well-diversified, low cost portfolios are poised to be the next big thing. It’s a great thought-starter on investment trends - and well worth the read, even if the comparison to "electricity" and "refrigeration" summons a chuckle.

At Employee Fiduciary, we think Vanguard is onto something and we are seeing this trend among our own clients. The small business owners who work with us want the most direct route to low cost investments and they are willing to forgo active management to make the most of their investment dollars. We don’t think they’re early adopters - we think they’re reflective of a marketplace that has caught up to the idea of commoditizing 401(k) investment.

Let’s dig a little deeper with a look at 401k investing trends from the perspective of mutual funds. The first redeemable mutual fund was introduced to the public in the Roaring Twenties. Apparently, people were too busy doing the Charleston and hanging out with Jay Gatsby to invest in them in any significant way.

Fast forward to the 1980s. 401k plans provide the perfect opportunity for mutual funds to take hold. And they do - people begin investing in mutual funds at an explosive rate. What was once an overlooked investment became more than just mainstream - it became a mainstay of retirement plans across the country.

While mutual funds are a staple in 401k plans today, we’re seeing the evolution of a market that demands lower costs for these and other investments that will fuel our retirement years. Thanks to the Internet, investors have the power of information at their fingertips, forcing greater efficiencies in the 401k industry. High fees are becoming harder than ever to justify.

At Employee Fiduciary we consistently see low cost, passively managed (ie: boring) index funds, ETFs and other funds are the most sought after investments for small business owners trying to do right by themselves and their employees. As I’ve blogged before, I like the sound of boring. It’s sounds like success.

Let me know what you think - drop a note in the comment box below.