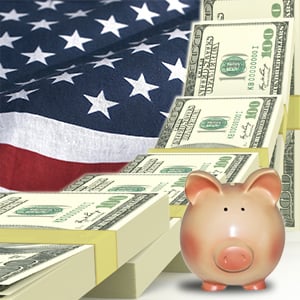 A Good Try from Congress, but Multiple Employer Plans are not the answer.

Small Business 401k Plans – I hate to criticize a bipartisan effort in the US Senate, but…

The problem is this – the way the bill gets to lower costs is to allow unrelated small businesses to join “multiple employer plans,” or “MEPs.” The thought is that small businesses can spread administrative costs over multiple businesses and thus lower costs. But MEPs are chock full of significant limitations that often leave business owners frustrated.

It used to be small employers wanting to start a new retirement plan had limited options that were often expensive or offered limited investment choices. This is no longer the case. As I have blogged before – it’s new technology that has allowed providers to compete away the high costs of plan admin and investments. Employee Fiduciary clients pay low, non-asset based fees and can choose almost any investment for their fund lineup. We have yet to see a MEP that can beat Employee Fiduciary on fees and investment choice.

Even if a small business 401k plan could save some money with a MEP, it would still need to weigh the negative baggage inherent in MEPs. Specifically:

MEPs just don’t pass the “frugal” test. Too many drawbacks without clear advantages for small businesses. Simply put, gone are the days where a small employer had to pay an arm and a leg for a quality stand-alone retirement to cover their employees.

Senators – please reconsider the MEP aspects of your legislation and instead focus on strengthening fee disclosure rules. Competition through transparent pricing has, and will continue to drive down the cost of retirement plans for all.