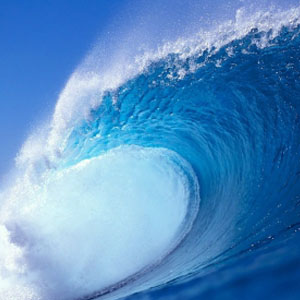 It’s been an interesting year for 401k plans in the news cycle. First, we had PBS’ Frontline piece, The Retirement Gamble, which generated a lot of discussion and debate about fees. Now, we have a professor from Yale Law School who has done some research into 401(k) plan costs.

It all started simply enough. The prof looked at Form 5500 filings (which are in the public domain) and compared costs across a large number of plans. He and his colleague identified some plans that they believe may have high costs versus their peer group. They wrote a draft of a scholarly paper.

Pretty mundane stuff. Professors do this kind of research all the time.

Except here is what he did next:

He sent letters to what some observers think may be as many as 6,000 (!) plan sponsors informing them that their company’s 401k plan costs are expensive compared to those within their peer group. He also intimated that these high costs may present a breach of fiduciary duties. To turn up the heat, he stated that he would be publicizing his findings using print and social media.

Can he do that?

Industry reaction was swift and damning. The methodology was poor. The study did not take into account the level of services offered for the fees charged – only the gross fee amount. Also, the data was old (2009) and possibly out-of-date for 2013. One quote: “This is amateur hour.”

My opinion: Form 5500 is a pretty blunt instrument for analyzing plan costs, and the data contained in the form does not necessarily provide an apples-to-apples comparison. It’s a government form – what did you expect? At best, the study can only be as accurate as the data, so it is, at best, a general approximation of costs. Accurately calculating a company ranking – I’m skeptical.

While one might be inclined to dismiss the whole situation, I am intrigued by two aspects of this story:

Amateur hour or not, there is a quixotic ring to the whole endeavor. The professor saw something here that he was willing to stake a chunk of his professional reputation on. Heck, just the paper, toner and postage had to be a significant cost. Is this how we start a national “conversation” when our government goes dysfunctional? Is he a loose cannon – or a would-be folk hero?

Please let me know your thoughts – especially if you received a letter!