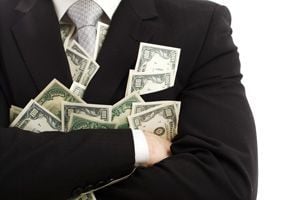 DOL’s Fiduciary Rule Advances to OMB; Not Everyone is Happy about It

On February 23, 2015, President Obama announced that the long-awaited redrafting of the DOL’s “fiduciary rule” was being submitted to the Office of Management and Budget (OMB) for review. This rule, also called the “conflict of interest rule for investment advice,” would subject all financial advisors who provide investment advice to retirement plans to a fiduciary (conflict-free) standard of care.

Under existing rules, only investment advisers are subject to a fiduciary standard. Brokers and insurance agents are governed by a lesser “suitability” standard that does not explicitly forbid conflicted advice.

An OMB review is a precondition to formally issuing a proposed rule for public comment - an important step towards a fiduciary rule. Generally, OMB reviews take 90 days or less. While the proposed rule is not available for public viewing until the OMB review is complete, the White House released a fact sheet that outlines the issues the DOL hopes to address with their rule.

If you read this blog, you probably know I strongly support the DOL’s fiduciary rule. Why? Because conflicts of interest can significantly reduce investor returns. A recent Council of Economic Advisers study found some broker practices, such as boosting commissions with excessive trading, cost investors $8 billion to $17 billion a year. I think retirement plan participants should be the beneficiary of their hard-earned savings and not Wall Street.

The President announced the OMB review at an event hosted by the American Association of Retired Persons (AARP). AARP is one of seven organizations that launched the SaveOurRetirement campaign in support of the DOL rule. During the announcement, the President said, “It’s a very simple principle: You want to give financial advice, you’ve got to put your client’s interests first. You can’t have a conflict of interest.”

U.S. Senator Elizabeth Warren and Secretary of Labor Thomas Perez also attended the AARP event. Secretary Perez said, “When it comes to financial advice, conflicts of interests can lead to bad advice and hidden fees that too often keep us from getting investment advice that’s in our best interest….Consumers deserve to know that their advisor is working for them. Common-sense rules can protect investors and consumers, prevent abuse, and ensure that brokers and advisors provide advice that is in consumers’ best interests.”

On the day of the President’s announcement, the DOL added a video regarding conflicts of interest and an FAQ regarding the fiduciary rule to their website.

Not everyone is happy about the fiduciary rule’s progress

In a blog, the CEO of American Society for Pension Professionals and Actuaries (ASPPA), Brian Graff, warned of dire consequences should the fiduciary rule become final. He said, “All indications are that this rule will block Americans from working with the financial advisors and investment providers they trust simply because they offer different financial products — like annuities and mutual funds — with different fees. This rule could even restrict who can help you with your 401(k) rollover.”

To ASPPA’s comments, I say that’s the point of a “conflict of interest” rule! When a financial advisor offers different financial products with different fees, they are incentivized to recommend the products that pay them the greatest compensation.

A long way to go

A fiduciary rule still has a long road ahead of it. Once OMB review is complete, the proposed rule will be published. After that, the public will be allowed to comment. Once the comment period has closed, a draft final rule must again be reviewed by the OMB before it can become final.

In the meantime, you can expect a lot of lobbying and fear mongering by the financial services industry. I hope strong support from the Obama administration and the fact that fee-only advisors have proven the viability of conflict-free advice will overcome the fiduciary rule’s opposition.