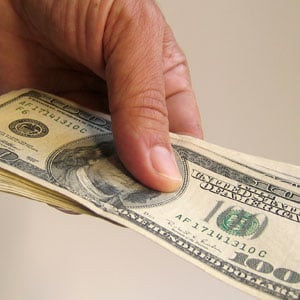 Former Obama administration official offers a plan to “fix” the tax incentives for retirement plans. Here is why it is dead wrong.

Last week’s Op-Ed in The New York Times (“A 401(k) for All” by Gene B. Sperling) reminds me of the old Saturday Night Live skit for Shimmer Floor Wax. Is it a floor wax or a dessert topping? (It’s both.)

Mr. Sperling’s proposal aims to address wealth inequality by “fix(ing) what I have long called our “upside-down” tax incentive system for retirement savings.” Blog readers know I favor incentives to help people to save and prepare for retirement, but I disagree with the proposals made by Mr. Sperling. He proposes a policy to that would “both reduce wealth inequality and encourage individual wealth creation.” I will demonstrate that changing 401(k) incentives is a poor tool for addressing wealth inequality – the 401(k) may be a great floor wax, but it’s never going to taste good on ice cream.

Gene Sperling was President Obama’s Director of the National Economic Council from 2011 until March of this year. He also served in the role under President Clinton. He has advised former Treasury Secretary Geithner, and was Hillary Clinton’s chief economic adviser during her Presidential campaign. He is the author of The Pro-Growth Progressive, advocating for pro-market positions in pursuit of liberal economic policies. By reputation he is a pragmatic progressive, harnessing market forces in support of social change.

At first blush, the proposal seems a good marriage of market incentives and social policy. Here’s why it is not.

The idea that there are winners and losers in 401k plans is an inappropriate frame of reference. All employees, regardless of income, receive some benefit from participation, regardless of income level. All plan participants receive tax breaks for contributions made. People paying taxes at a higher marginal rate do receive a greater marginal deduction. If that’s a problem, change the tax laws to promote some form of social justice – don’t change 401k rules.

Less than 1 percent of lower- and moderate-income Americans “max out” on retirement plan contributions. True enough. Here’s why: “Maxing out” is based on a flat dollar amount, not a percentage of contributions. The maximum deductible contribution for 2014 is $17,500; $23,000 if you are 50 or older. It is nearly impossible for moderate-income employees to “max out” without a heroic commitment to saving. Further, the proposal implies that business owners have access to tax-favored benefits available only to the wealthy – hence the cause of savings rate disparities. Not true. Access is open to all on an equal basis. Yes, the more you earn, the greater the ability to save. If this arrangement is deemed unfair, that’s a social justice issue, not a tax code loophole.

The ability to receive an employer matching contribution is not linked to income. Mr. Sperling states that “a far larger share of upper-income Americans get matching incentives for savings from their employers.” True fact, but why? To receive a match, employees must contribute to the plan. Upper-income employees participate at a higher rate than lower- and moderate-income workers. The tax code prohibits discriminatory practices in retirement plans. If an employer match is offered, it must be offered to all participants regardless of income.

I get it. Mr. Sperling is laying out a populist justification for pursuing a social justice program. I’m not passing judgment on the program or its goals. I am objecting to the characterization of 401(k) plans as a class-based form of discrimination. Small business retirement plans benefit tens of millions of Americans. 401(k) retirement plans are not a zero-sum game. Yes, those with means do reap larger benefits, but not at the expense of those with lesser wealth.

The rest of the article lays out the framework for the new policy, with these key components:

That’s $4,000 per household. There are over 120 million households in the United States. That’s potentially a lot of money.

And here’s the biggest problem. Lower- and moderate-income families would be hard pressed to “max out” under the proposal. Let’s say your household income is $40,000. “Maxing out” would require a 10% savings rate. For a family earning $25,000, the max out rate is 16% of gross earnings. It’s just not going to happen.

However, at $100,000 family income the required savings rate is only 4%. Even Mr. Sperling’s proposal would disproportionately benefit the wealthy – it is subject to the same failings of logic I’ve described above.

Net-net, the logistics of these proposals are nearly impossible to manage on such a massive scale – and very inefficient, as the leakage and poor investment selection would likely total tens (hundreds?) of millions annually (just like current plans), to the disproportionate detriment of the lower-income Americans it is designed to help.

If you want lower- and moderate-income Americans to build wealth, engineering social justice through 401k retirement plans is a very inefficient and expensive instrument. If you want to provide for a more secure retirement for these same Americans – and you have hundreds of billions of dollars burning a hole in your pocket – enhance Social Security benefits.