Is Your Company Part of a Controlled Group?  You Need to Know or Risk 401(k) Plan Disqualification

When two or more companies with common ownership meet the IRS’ controlled group definition, they are considered a single employer for 401(k) plan purposes. 401(k) plans must often benefit the employees of all controlled group members to pass the IRC section 410(b) “coverage” test annually. Put differently - overlooking a member can often mean a failed coverage test. Steep IRS penalties - including plan disqualification - are possible when a failure goes uncorrected for years. A basic understanding of the controlled group rules can help employers avoid this trouble.

The controlled group rules exist to prevent business owners from subdividing their company into separate companies - one employing highly compensated employees (HCEs) and the other employing non-highly compensated employees (NHCEs) - to provide a rich retirement plan to the HCEs and a lousy plan (or no plan at all) to the NHCEs without consequences.

The controlled group rules are generally straight-forward and a qualified 401(k) provider can easily assist most employers in determining their company's controlled group status. However, when common ownership involves stock, trusts or estates, a qualified ERISA attorney may be required to make an accurate determination.

When do companies represent a controlled group?

Two or more companies represent a controlled group when either a “parent-subsidiary” or “brother-sister” relationship exists:

Example of a brother-sister controlled group: 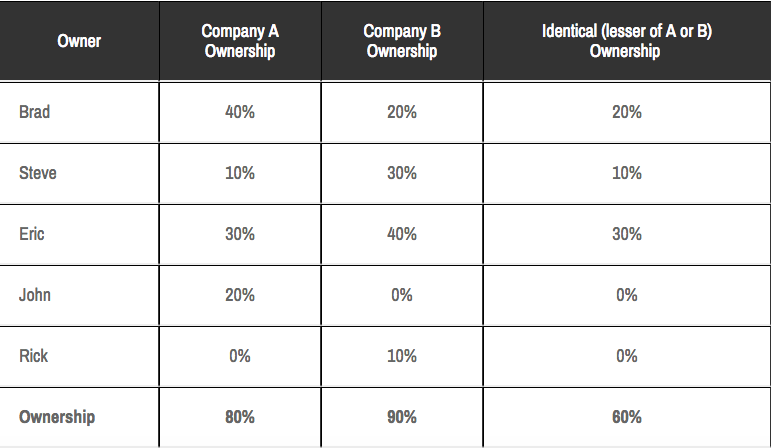 "Attribution" is the concept of treating a person as owning an interest in a business that is not actually owned by that person. The IRC section 1563 family attribution rules apply to controlled group determinations. Under these rules, the ownership interest of certain family members is added to the direct ownership of an individual. For example, if a husband and wife each have a 40% ownership stake in a company, each spouse would be considered to own 80% (40% direct + 40% attributed) of the company for controlled group purposes.

Below is a summary of the controlled group family attribution rules: 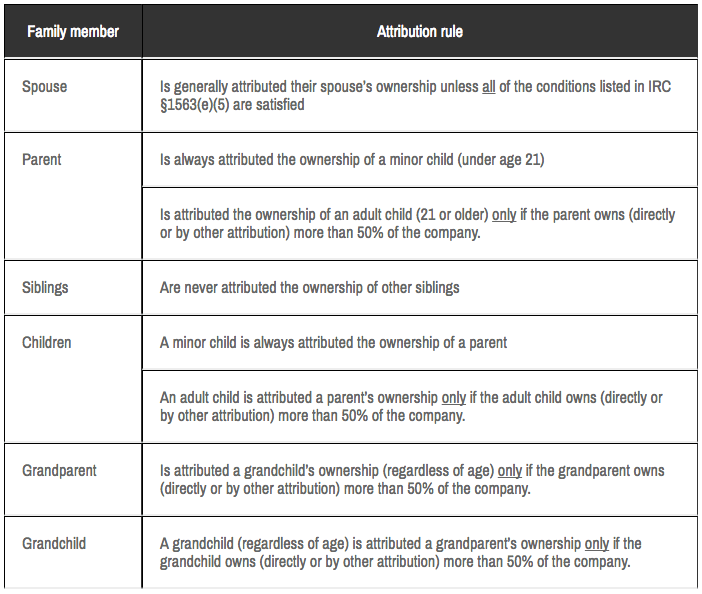 How is coverage testing passed?

To pass coverage testing, a 401(k) plan must satisfy either the ratio percentage or the average benefit test each year. The ratio percentage test is most commonly used. To pass this test, the following calculation must equal or exceed 70%:

Not knowing your controlled group status can be a costly mistake

To correct a failed coverage test, the employer may adopt a corrective amendment, up to 9½ months following the close of the plan year in which the failure occurred, to retroactively expand plan coverage. However, since the new participants can’t retroactively make employee contributions, a qualified nonelective contribution (QNEC) must be made to the new NHCEs to correct their missed deferral opportunity. Any missed employer contributions must also be made to the new NHCEs.

When a coverage failure is not corrected within 9½ months, it’s considered a demographic failure by the IRS. Demographic failures can only be corrected using the IRS’ Voluntary Compliance Program (VCP). When a VCP correction is necessary, employer fines can apply.

Not correcting a demographic failure can result in plan disqualification if the issue is uncovered by the IRS during an audit.

Bottom line – it can be costly to correct a failed coverage test due to a blown controlled group determination. A new determination should be made each year that nondiscrimination testing is completed and during any changes in company ownership. If you are unsure about your company’s controlled group status, consult your 401(k) provider or legal counsel.