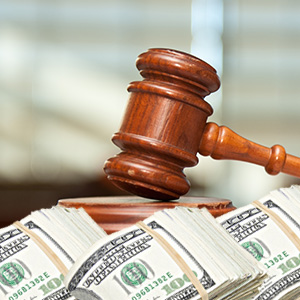 MassMutual settled its “functional fiduciary” lawsuit – a cause for hope for greater fee transparency.

MassMutual’s actions in the lawsuit Golden Star, Inc. v. MassMutual Life Insurance Company were never in dispute. The financial giant oversaw variable annuity investments in the plaintiff’s plan and received both direct compensation from plan participants and indirect compensation – in the form of revenue sharing – from other mutual fund companies. MassMutual claimed that revenue sharing offset fees and payments it would have otherwise collected from the plan. Golden Star claimed there was no dollar-for-dollar offset, which effectively allowed MassMutual to set its own compensation.

Under ERISA, plan service providers who exercise discretionary authority over plan assets may be deemed a “functional” fiduciary. Functional fiduciaries, like all ERISA fiduciaries, are held to a higher standard of conduct to act exclusively in the interests of plan participants, and are subject to significant liability if those standards are not met. The key lawsuit issue was whether MassMutual acted as a “functional” fiduciary under ERISA in setting its own fees in its own interest.

A Federal judge ruled for the plaintiff and declared MassMutual to be a functional fiduciary under ERISA. Her reasoning was that MassMutual had the ability to set its own compensation without consulting with the plan sponsor, effectively giving MassMutual discretionary authority over plan’s assets. Even though MassMutual did not admit liability in the settlement, the implications are large for other plan providers who may be in similar circumstances.

In the settlement, MassMutual will pay out over $9MM in cash compensation, give a 60-day window for any planned fund changes, and, most importantly, clearly disclose fees and expense ratios in plan funds as well as any revenue sharing payments it receives.

The ruling and settlement appear to open the door to further legal action by plan sponsors in a similar arrangement with other providers. While not all providers with revenue sharing may be deemed fiduciaries, the risk of potential liability may cause many to evaluate their fee disclosure procedures and make pre-emptive changes. Look for other plan providers to open up and disclose revenue sharing arrangements in order to avoid potential liability.

The case is also instructive in continuing the trend toward broader application of the term fiduciary with regard to retirement plans, especially small business 401k plans with typically higher and often hidden fees. With Federal regulators evaluating fiduciary standards, look for more and more providers to fall under the functional fiduciary standard. The tougher and more expansive the standard, the more robust will be fee disclosures in everyday practice.

With all apologies to the great architect Louis Sullivan, “Frugal ever follows function.”