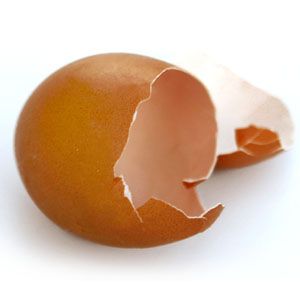 MyRAs are not the answer for expanding retirement plan coverage

In his 2014 State of the Union address, President Obama directed the U.S. Treasury Department to create a new type of savings account for Americans. The myRA—short for “my Retirement Account”—is designed to be a starter account for workers who aren’t covered by a workplace retirement plan.

In response to the President’s executive order, the Treasury Department released myRAregulations on December 15, 2014. The regulations made myRAs subject to the rules that apply to Roth IRAs, including contribution limits, income limits, and taxability rules. They also authorize a new “nonmarketable, electronic retirement savings bond” that will only be available to myRA participants.

On December 23, 2014, the Treasury Department released a website where qualifying workers could sign up for a myRA. Workers can only fund their myRA by payroll deduction, which means employer support is required. Employers are encouraged, but not required, to make myRA available to their employees.

MyRAs have no fees, will never go down in value, and can be opened with as little as a $5 contribution. These benefits sound pretty great for workers that wouldn’t have a retirement plan otherwise, right? Well, not so fast.

A December 29, 2014 Wall Street Journal article, titled “Investing in the ObamaFund,” blasted the myRA’s sole investment option - a savings bond composed of U.S. government debt. This bond is a version of the G Fund available to participants in the Federal government’s Thrift Savings Plan (TSP).

While the savings bond protects investment principal, it also offers pretty paltry returns – about 2% annually based on today’s interest rates. Young investors are generally advised to invest more heavily in stocks than bonds and cash. “Any financial professional who advised a young investor to avoid stocks and corporate bonds—and everything else except Treasury bonds—would be sued for malpractice,” the Journal writes.

Asset allocation is a strategy used by long-term savers to spread their money over several investment classes. Its goal is to maximize returns for a given risk level. Factors such as time horizon, risk tolerance and other retirement assets, such as IRAs, taxable investments, pensions or deferred annuities, should be considered when choosing an appropriate asset allocation. The myRA simply ignores the role of asset allocation in accumulating retirement savings.

According to the Journal, it’s the bond that empowers the President to establish the myRA program through executive action, instead of requiring Congress to pass a law. “Treasury is funding the program out of the budget for its Bureau of the Fiscal Service. The assertion here is that existing law allows this part of the Treasury to hire financial agents as part of its mission to efficiently finance the federal government.”

The bond’s meager investment returns make the myRA a poor choice for many (particularly young) savers – and that’s too bad. Workers are more likely to save when their employer offers a retirement plan. According to the White House, “About half of all American workers do not have access to employer-sponsored retirement plans like 401ks, which puts the onus on individuals to set up and invest in an Individual Retirement Account (IRA). Up to 9 out of 10 workers automatically enrolled in a 401k plan through their employer make contributions, even years later, while fewer than 1 out of 10 workers eligible to contribute to an IRA voluntarily do so.”

To most effectively expand retirement plan coverage, the President and Congress need to work together to pass laws that incentivize employers to sponsor retirement plans while offering workers access to more appropriate investment options. The handicapped myRA demonstrates that executive action alone won’t get this job done.